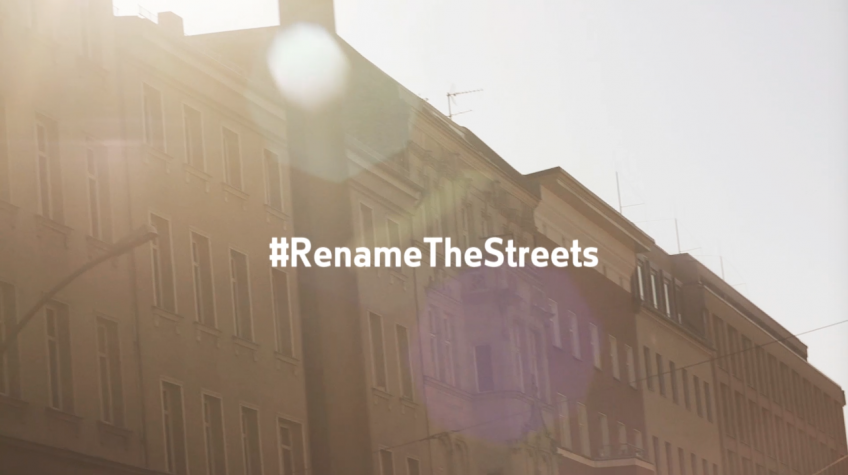 Did you ever wondered how a Steve Reich minimalist kalimba composition could sound in combination with a heavy sub bass and a two step influenced rhythm? Well, Daniel Haaksman serves the answer: His new single "Rename The Streets" perfectly combines the best of classic minimalism with the bass love of today.

The great thing about it: You can dance to it, at the same time it raises political awareness. The soon to be released music video to "Rename The Streets" is adressing the demand for street name changes in Berlin´s colonial quarter, the so called "Afrikanisches Viertel" ("African Quarter"). In the video, two pole-dancers transform street signs bearing the names of questionable colonial figueres with their moves into streets bearing the names of Nelson Mandela, Miriam Makeba, or anti-German colonialism fighter Morenga.

The single comes with a DJ friendly extended mix and two remixes. The first remix is by Lisbon´s Kuduro whizkid and Afro don of the hour Dotorado, the second remix by South Africa´s DJ Spoko – the inventor of “Bacardi House”. The artwork is by German artists Tobias Rehberger.

“Rename The Streets” is the first single from the upcoming Daniel Haaksman “African Fabrics” album which is scheduled for a 26th of February 2016 release.